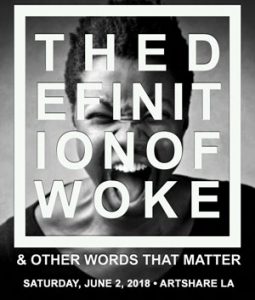 The Definition of Woke and Other Words that Matter is a literary and musical investigation, poetic, profane and profound, of the term “woke,” which has substance but has also been co-opted, trivialized, and misunderstood.  Being woke is many things. It begins with seeing one’s self and demanding others do too. Tonight’s performers set the record straight.  June 2nd, 8 pm, at Art Share Los Angeles in the A rts District.

Some proceeds will be donated to DSTL Arts 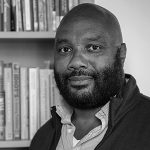 Jubi Arriola-Headley
Jubi is a first-generation American born to Bajan (Barbadian) parents in Boston, Massachusetts, where he was also raised. A VONA/Voices and Lambda Literary alumnus, Jubi lives in Fort Lauderdale, Florida, where he works as a freelance writer and nonprofit consultant. He is working on his first collection of poems, tentatively titled Demons, in which he aims to navigate the political and emotional landscape between rage and joy. Jubi is a 2018 PEN America Emerging Voices Fellow. 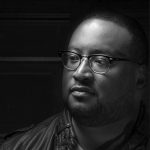 F. Douglas Brown
F. Douglas Brown of Los Angeles is the author of Zero to Three (University of Georgia Press 2014), and recipient of the 2013 Cave Canem Poetry Prize. He holds a MA in Literature and Creative Writing from San Francisco State University, teaches English at Loyola High School, and is both a Cave Canem and Kundiman fellow. Mr. Brown’s poems have appeared most recently in The Virginia Quarterly(VQR), The Bat City Review, and San Pedro River Review, and he was featured in Poets and Writers Magazine as one of their Debut Poets of 2014. 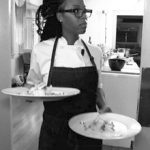 Andrea Drummer
Chef Andrea Drummer began her career, first as a youth advocate and anti-drug counselor with organizations like Planned Parenthood and The Coalition for the Homeless. With a desire to transition from the world of non-profit to pursue her passion, she enrolled at Le Cordon Bleu, Los Angeles. This second career found her working at the renowned Ritz Carlton and with the likes of famed Chef Neal Frazer. The two worlds would oddly collide as Chef Drummer deepened her understanding of the schedule 1 drug that she had once advocated so vehemently against. In 2012, she co-founded Elevation VIP Cooperative and become versed in cooking with cannabis. A staunch advocate for the legalization of marijuana, Chef Drummer has gained a wealth of knowledge working with local activists and allies while cooking for the likes of Chelsea Handler and other noted celebrities. She has been featured in Marie Claire Magazine, Vogue Online, Pop-Sugar, 60 Second Docs and LA Times and was recently named 1 of 10 Top Cannabis Chefs in the country. As a chef, entrepreneur, author and a patient, she continues to spread her new gospel about the benefits of cannabis by educating, advocating and cooking. In addition to all of her other many talents, Chef Drummer is an accomplished writer.  Her first cookbook, CANNABIS CUISINE: Bud Pairings of a Born Again Chef was released in October of 201. It is a hybrid of a gorgeous cookbook accompanied by her eloquent and compelling storytelling, a narrative that traces her personal and professional journey. 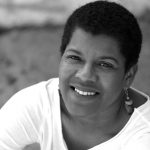 Tananarive Due
Tananarive Due is a screenwriter and award-winning novelist who teaches Afrofuturism and Black Horror at UCLA. She also teaches creative writing in the MFA program at Antioch University Los Angeles and for Voices of Our Nations Arts Foundation (VONA), and was the former Distinguished Visiting Scholar at Spelman College. She received a Lifetime Achievement Award in the Fine Arts from the Congressional Black Caucus and has been named to the Grio100 and Ebony Power 100. The American Book Award winner and NAACP Image Award recipient is the author of twelve novels and a civil rights memoir. Her short story collection, Ghost Summer, won a British Fantasy Award and was nominated for an NAACP Image Award. In 2013, Due and her husband/collaborator, Steven Barnes, co-wrote a short film, Danger Word, based on their YA zombie novel Devil’s Wake, which was nominated for Best Narrative Short at the BronzeLens and Pan African film festivals. Read her writing blog at www.tananarivedue.wordpress.com. Follow her on Twitter @tananarivedue. 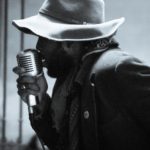 A.M. Frison
A.M. Frison is a poet, novelist, and musician.  His first book, a composite novel, was commissioned by the Pulitzer Foundation in St. Louis, Missouri.  He is currently wrapping up a new record with the band, Noble Metal, as well as finishing his next written project, a cross-genre novella. 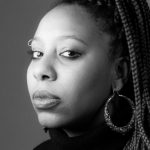 Morgan Parker
Morgan Parker is the author of There Are More Beautiful Things Than Beyoncé (Tin House Books 2017) and Other People’s Comfort Keeps Me Up At Night (Switchback Books 2015).  In 2019, a third collection of poems, Magical Negro, will be published by Tin House, and a young adult novel will be published by Delacorte Press. Her debut book of nonfiction will be released in 2020 by One World. Parker received her Bachelors in Anthropology and Creative Writing from Columbia University and her MFA in Poetry from NYU. Her poetry and essays have been published and anthologized in numerous publications, including The Paris Review, The BreakBeat Poets: New American Poetry in the Age of Hip-Hop, Best American Poetry 2016,  The New York Times, and The Nation. Parker is the recipient of a 2017 National Endowment for the Arts Literature Fellowship, winner of a 2016 Pushcart Prize, and a Cave Canem graduate fellow. She is the creator and host of Reparations, Live! at the Ace Hotel in New York. With Tommy Pico, she co-curates the Poets With Attitude (PWA) reading series, and with Angel Nafis, she is The Other Black Girl Collective. She is a Sagittarius, and she lives in Los Angeles. 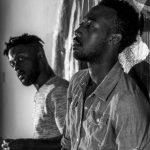 Musical Guest: Black Noise
The Long Beach based duo, singer/songwriter Donovan Brown and guitarist Victor Ujadughele, joined forces in 2010 with the goal of creating a sound all their own. Six years later they have done just that. Fusing neo-soul crooning with intricate arrangements and indie rock aesthetics they have crafted a universally appealing package that many consider to be the future of soul music. The Black Noise draws influence from heavyweights like Alabama Shakes, Tame Impala, N.E.R.D, Frank Ocean and Radiohead, but in the midst of a densely populated LA music scene their sound is a creative monolith.

With their debut album on its way, The Black Noise has become one of the most buzzed about bands in Long Beach and beyond by putting on electrifying live shows all around Southern California. They have teamed up with an impressive list of artists including LA rapper Thurz (U-N-I), Independent Music Award winner Grammy Award winners Brass Tracks, LA based soul veterans Allensworth, Okayplayer rising star of LA Tiffany Gouche, R&B sensation Eddie Cole (Nas, Alina Baraz), Latin jazz veterans, Jungle Fire and Tidal’s artist to watch, soul songstress Sidibe.

The Black Noise is without a doubt a band on the rise. Their sound has evolved and matured over the years to become an arresting, mold breaking force of music that is swiftly becoming one of the most exciting projects to watch in Los Angeles